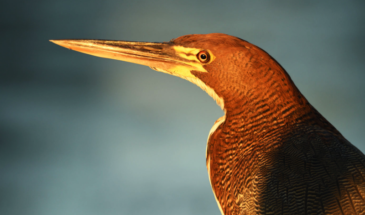 Experience the best of both worlds as you explore birding destinations on off-the-beaten paths while exploring new cultures on this 10 days birding tour.

This tour itinerary is jam-packed with new birding destinations and adventures.

You'll explore the capital city, Georgetown, Iwokrama Rainforest Reserve, Karanambu Ranch, and Sloth Island in search of the many beautiful species of bird inhabitants of Guyana.

You will be met and transferred to your hotel upon arrival at the airport.
Overnight at Status hotel.

Birding in the Botanical Gardens

We then travel to the Mahaica River in the afternoon to spot the Hoatzin.

Return to the hotel for overnight. (B)

At 7:15 am, we will travel to the airport for our flight to Lethem. Transfer by bus to Karanambu Ranch, where we will spend 2 nights.

On our guided tours we will most likely see Jabiru Stork, Great Egret, Agami Heron and Great Blue Heron, Great and the Lesser Ani.

After an early morning excursion on the river, we will depart for Iwokrama.

The next day, we depart on a 30-minute boat ride to the foot of Turtle Mountain for a hike to its 951-foot (290-meter) summit. You can also spot Red howlers, black spiders, and wedge-capped capuchins.

Fly to Georgetown and transfer to our hotel. This afternoon boat cruise will reveal Scarlet ibises and herons.
Meals included: (Breakfast)

At 9:00 am, we depart Georgetown and travel to Parika. Next, we will join a boat and travel to Sloth Island. In 2014, locals spotted the Happy Eagle on the island.
And then, in the afternoon, we will visit Parrot Island to see hundreds of parrots as they come in to roost.
The next day, we will explore the island trails and nearby Amerindian village for species such as:
- Rufescent Tiger and Cocoi Heron,
- Great Egret, Green Ibis, White-necked Jacobin,
- Rufous-throated Sapphire, Black-eared Fairy,
- Crimson Topaz, White-necked Puffbird,
- Pied Puffbird, Curve-billed Scythebill, Cayenne Jay,
- Green-tailed and Paradise Jacamar, Green Aracari,
- Guiana Toucanette and Channel-bill Toucan

Depart Sloth Island after breakfast and continue to Georgetown. Transfer to the airport for your flight home.
Meals included: (B)