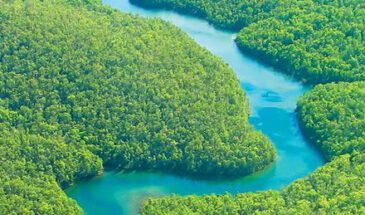 Amazon Experience takes you on an exciting journey exploring the tropical ecology of South America’s vast rainforests, overland by boat or air.

This unique adventure will take you to undiscovered gem countries: Brazil, Guyana and Suriname. Travelling through the Amazon rainforest or canoeing down the mighty Essequibo River, you will be amazed by the abundance of species and exquisite birdlife that roam through the Amazon basin.

Departures
We offer this trip all year long. Tours begin on Fridays.

In this incredible amazon experience tour, you will cover some of the richest cultures & landmarks throughout Guyana, Suriname and parts of the Amazonas in Brazil. 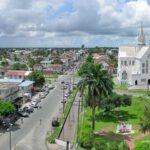 Arrive in Guyana - South America's only English speaking country. You will be met and transferred to your hotel in Georgetown. 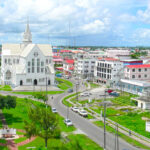 Depart at 8:00 a.m. for a tour of historic Georgetown. Most of the buildings in the city are wooden with unique architecture dating back to the 18th and 19th centuries.
The main street in Georgetown provides several excellent examples of old colonial homes. A prime example is the 1852 Statehouse. The most famous building is St. George's Cathedral, one of the world's tallest freestanding wooden buildings completed in 1892. Another historic buildings along this promenade are the town hall, a splendid example of Gothic architecture. Further along, are the Victorian Law Courts and St. Andrew's Kirk. St. Andrew's is the oldest surviving church in Guyana.

After your tour of Georgetown, you will be transferred to the airport for your flight to Kaieteur Falls. See the majestic 740 foot (225 meters) natural wonder from different vantage points. Spend 2 hours at the falls. Your experience is unforgettable as you gaze at this magnificent splendour. Stunning views will leave you in awe. The area is rich in rare birds, such as the Cock-of-the-rock. After your two hour tour, you will rejoin your aeroplane and fly to Georgetown. Transfer to your hotel. (Meals: Breakfast, lunch) 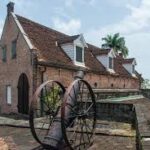 Transfer to the airport and take a short flight to Paramaribo, the colourful capital of Suriname. You will be picked up and transported to Paramaribo and your hotel. (Meals: breakfast)
Overnight at Eco Resort Inn 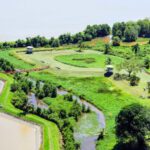 A boat takes you from Paramaribo to the Bastion Museum at Fort Nieuw-Amsterdam. The fort was built in 1745 at the confluence of the Suriname and Marowijne rivers to protect the plantations.
It's the only open-air museum where you get to walk along with sights worth seeing, such as the old prison, bomb shelter and gunpowder storage.

Next is a stop at Frederiksdorp plantation, Suriname's most beautiful renovated plantation. Here you will enjoy a hot meal in a beautiful colonial setting.

After lunch, there will be a guided tour of this plantation that used to grow coffee. Next on the program is a walk to another plantation, Rust en Werk, where the boat starts its journey back to Paramaribo. Halfway the boat stops for Dolphin spotting. (Meals: breakfast and lunch)
Overnight at Eco Resort Inn 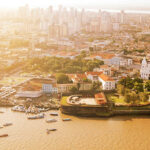 Starting at 8:00 a.m., take a 2-hour city tour of Paramaribo, including a guided tour by bus along with the most prominent historic locations in the city centre where you will be impressed by the outstanding architecture. Visit Fort Zeelandia, Palmentuin (Palm Garden), the Waterkant and the Central Market. Return to hotel.

Transfer to airport for flight to Belem, Brazil. Fly to Belem, Brazil and transfer to hotel for overnight. Belém, in Pará state, is one of Brazil's busiest ports—and it's about 60 miles upriver from the Atlantic ocean! The Pará is part of the Amazon River system and separated by Ilha de Marajó delta. Belém is built on several small islands intersected by channels and other rivers.

Founded in 1616, Belém was the first European colony on the Amazon but didn't become part of the Brazilian nation until 1775. As the gateway to the Amazon, the port and city grew tremendously in size and importance during the 19th-century rubber boom and is now a large city with millions of inhabitants. The newer part of the city has modern buildings and skyscrapers. The colonial portion retains the charm of tree-filled squares, churches and traditional blue tiles. On the outskirts of the town, the river supports a group of people called cablocas, who live their lives almost untouched by the busy activities of the city. (Meals: Breakfast)
Overnight at Eco Itoca Hotel 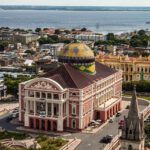 Transfer to the airport and fly to Manaus. Manaus is a bustling city right in the middle of the Amazon Rainforest, and access to it is mainly via boat or aeroplane. This isolation helped preserve both the nature and the culture of the town.

With a population of 2.2 million people in 2020, Manaus is the most populous city in the Brazilian Amazon area. Located on the north bank of the Negro River, 11 miles (18 kilometres) above the meeting of the rivers where the Negro merges with the Solimões, Manaus is 900 miles (1,450 kilometres) inland from the Atlantic Ocean.

The Solimões and Negro rivers meet in Manaus and join to form the Amazon River (using the Brazilian definition of the river; elsewhere, Solimões is considered the upper part of the Amazon). Rubber made it the wealthiest city in South America during the late 1800s. Rubber also helped Manaus earn its nickname, the "Paris of the Tropics". Upon arrival, pick up and transfer to Taj Mahal hotel or similar. (Meals: breakfast)
Overnight at Taj Mahal Continental Hotel

Meeting of the Waters Tour, Manaus 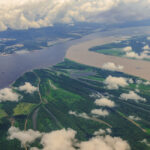 After the city trip, we will go on a boat trip, and you will experience the extraordinary meeting of the waters. This is where the dark water of the Rio Negro and the muddy water of the Solimões meet to form the Amazon River. Our experienced guide will explain why the waters do not mix. You will get the possibility to see the pink and grey river dolphins. (Beware, they are not always home.)

Our next stop is the Casa Caboclo. One of the locals will give you an impression of the medicinal plants from the Amazones and how rubber is created. A visit to a crafts home finishes this part of the day. Return to your hotel after a lunch of local dishes. (Meals: Breakfast, lunch)
Overnight at Taj Mahal Continental Hotel

We will start the tour with a visit to the famous Teatro Amazonas. This opera house in renaissance style opened its doors in 1896 and is still in use today. Then, we will continue our city tour by visiting the Mercado Adolpho Lisboa, the market hall where you will be amazed by the variety of fruits, spices, and fishes on display. This is also an excellent place to find some exciting souvenirs.

Our next stop is the Palacio Rio Negro, one of the oldest mansions that were resurrected during the rubber boom in Manaus. (Meals: breakfast)
Overnight at Taj Mahal Continental Hotel 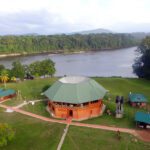 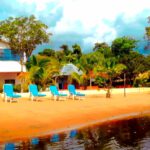 Return to Georgetown, arriving in the afternoon.
Overnight

You will be transferred to the Cheddi Jagan International airport for your
return flight home.

Accommodation, internal flights, transfers between airports and hotels, listed hotels and hotel taxes, activities as described and admission charges where applicable, river and land transfers, listed, lodges with full board and other meals as indicated. Local guides, local beverages. 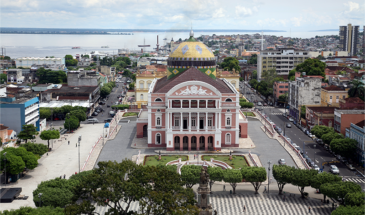 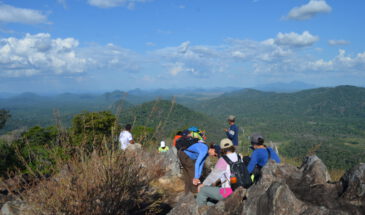 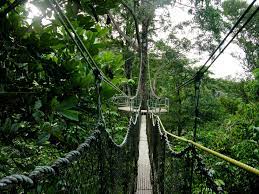